KooDoo, one of the organisors of the Tuupe parties in Ghent (Grindbakken location), returned to the studio for his second guest mix. He was one of my first guests in 2011 and a follow up of that mix was pretty high on the wishlist. You can still listen to his first mix on the soundcloud page, just scroll down. Check also some pictures from his visit. 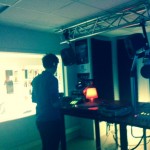 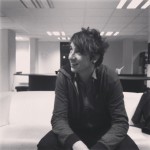