13 Belgian eyecatchers for 2016 by Arno Lemons 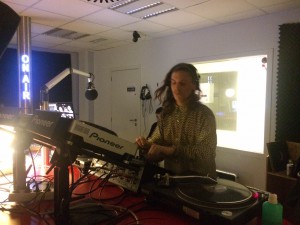 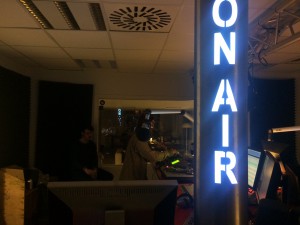 Last week Arno Lemons delivered a top notch varied mix in the Texture Radio show . Because he’s busy with some interesting different projects like Vice City and AUS, a creative agency with a platform extension for new Belgian artists, I asked him to make a selection of Belgian names to watch. Spoiler alert: some names already played in the Texture Radio show. One extra thing, acts like LTGL, Oaktree and Stuff are not included cause Arno wanted to put the focus here on friends & artists who also deserve to be more in the spotlight.

“The soul of brussels’ is how I would describe it in one sentence.
Mambele is currently much in demand, especialy in various clubs and bars in brussels. Not suprised by it cause his dj sets are pure romance.
He’s also been producing for years now and his tracks are a mixture of self made samples with different influences like house, soul, disco to funk and even some hiphop.
Definitely a must check in the underground scene.
Check out his soundcloud page for some free downloads.”

“Ever since I lost my heart to the MPC-sound , Just Raw (real name Khuram) needed to be in this list.
Jus Raw is raised in Antwerp and currently living in Ghent.
Every week he’s posting a new track on his soundcloud page and all of them are beauties. His music is raw and to the point but always with that emotional edge.
Soon his first release will be out on the We Play House label, next to that he’s part of the Abondance crew who are making waves with their parties in Piaf (with guests like Volco and soon Red Greg). He also did some radio mixes for Red Light Radio (Amsterdam) and Texture Radio (Ghent).”

“2 underground talents from brussels who already released on a vinyl sampler together with Rick Wade (Harmonie Park, US) and on the Dessous label. However they don’t want to focus anymore on House music, but are working towards a more unique sound of their own.
Expect more good things from them in the near future.”

“Currently on fire with their release on the Soulwax’ label DeeWee, which was a trippy afrobeat track and the other side a more spacey krautrock tune. ASA MOTO are 2 youngsters, Gilles Noë from Ghent and Antwerp based Oliver Geerts.
Oliver was also part of Ego Troopers, another act supported by Soulwax which brought him to big stages and clubs in Europe like Creamfields and Razz Matazz.
Oliver has been a friend for years now (we go way back) and i’m feeling this project he’s doing, is definitely going to the next level.”

“Jan Berckmans lives in Ghent, but has it’s roots from the eastern side of Belgium. Next to playing guitar in the hardcore band ATLAS , he experiments every night in his bedroom studio, working towards deeper & spacier sounds. Belgium can’t deny this artist no more after winning the 2nd biggest rockrally of Belgium with his electronic solo act.
The spacial feeling of Universe is unseenly interesting, worked out with colourfull layering of sounds.
The main feeling you have whilst listening to his music is as courageful as it is powerfull.”

“Numen is a whole other story.. they look like 2 average, normal guys but appearances are deceptive.
They identify themselves as unhuman, as something which isn’t equal to the society they live in. In previous lifeforms these creatures were on the top of their game, one released music on music labels from the other side of the world, whilst the other one played out in a sold out Sportpaleis for more than 15.000 people on the age of 16.
However they don’t like to look back to those times and prefer to move on as the Numen, by explaining their new object through intelligent detail music.
There’s nothing yet you can find about these guys on the internet, but be warne: aliens do exist.”

“MADDAM is the superband of the 2 antwerp beatmakers Toolbox & Highwaynoise.
One makes females go wet with melodic beats, the other one makes heads explode with brutal techno.
Both guys have 1 thing in common; they both do everything live.
Combine this melodic Nightingale with the other Rythmic Raven and you got a live trip from hiphop to hardcore, passing by Juke and other 4×4 variants, but all with the same tone of voice.
The most genious part of the whole concept is the blind trust in each other during their livesets, which is representative in their sound.”

“A guy who would mary his SP404, I think. Jordan produces mostly beats (also for the antwerp hiphop crew “NETWERK”) but has lost his heart to the upmerging Juke scene. He released some stuff on the fresh Footjuice label, but has created interest on international base by being played on the UK Rinse FM thanks to Tim Parker & Ivy Lab.
Big things coming from this antwerp local.”

.. is the live electronica project of Bart Van Obbergen-Perez.
Bart is to my opinion one of the funniest & creativest guys around in Belgium.
Bart studies electronic music at PXL Music in Hasselt, and is a true underdog in class with guys such as LTGL & Pippin next to him. I’ve seen Bcote do live basslines with a microphone on stage this year.
Next to that, he gives epic spanish lessons on youtube as well, which are definitely an efford worth to watch.

“6 months ago, nobody ever heard of this guy. Now, after winning the Champion Sound beatbattle ‘15 , everyone in the Belgian beat scene is hyped about what Pepijn is going to bring us. His beats are unseenly interesting and every time you relisten to his work, you hear different things over & over.
Pippin is a boss in my own words, because this guy is next to a big talent, a gentle and sweet guy as well.”

“Another good friend of mine, from Antwerp and an underestimated talent.
Always working hard in his studio with his drumcomputers and synths and trying to get that perfect beat and that unique sound. And it’s paying off, Bicep (UK) are already big fans and his first ep is coming out very soon on a big UK label and this will definitely give him the attention he deserves.
Music for the deeper dancers around us.”

“Mission to Earth is a story about an astronaut named “James R” who has been stuck in space since the 80s , and couldn’t find his home planet no more ever since.
In order to find peace within himself, he has written music in his lost space station, and hopes to ever find his homeplanet Earth again. Rumour has it that James will return to
earth this summer with his futuristic 80s Electro experiments..
Well, let’s hope so !”

“I couldn’t resist adding these guys on the list, but they are just completely NUTS (in a good way). They come up on stage with 2 ironing boards, a shitload of effects, a guitar, a drumstick and a selfmade modular synth. What comes out of it is pure noise. The energy coming from this duo is immense and makes you run away in first instance. However, the longer you stay, the more you understand their product, combined with the enthousiasm they bring. The ultimate uncontrolled spacetrip I must say.”

Check out the full radio mix from Arno Lemons.