With the last episode of 2014 coming near, it’s time to have a small recap and review on what stood out in 2014.
It’s almost impossible to do a ‘best of 2014’ mix in one hour, that would mean that I would pick out only 13 to 14 favourite tracks. Would be kinda frustrating.
So let’s pick out 6 labels that had a big influence on the show this year and motivated me to make a weekly fresh new live mix.

From spanish folk act Javier Berga to more dance floor orientated producers like Jamie Paton & Scott Fraser to cult band The Jellies, label boss Chuggy has released acts on the south london labels in a broad spectrum of genres with a constant flow of quality.
No surprise to find both labels into several end of year lists from influential websites and platforms like The Vinyl Factory and Resident Advisor.

While  Emotional Rescue reissues obscure & lost music with the purpose to give the original release a second chance and a wider audience, Emotional Response releases exclusive stuff and acts whether it’s rock, folk or electronic based.

Save to say that this label deserves the number 1 spot in my favourite labels of 2014. 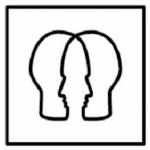 Tracks featured in the show: Woo, Fatima, Dunkelziffer, Secret Circuit, Scott Fraser, International Times and the Jellies.
Check out a Woo track in the beginning of this show or check an overview of all sets.

2. The Very Polish Cut Out.

Founded in 2010 by Zambon & Pnk with the purpose to promote high quality 70’s and 80’s Polish music by putting it into a new context.  Most labels can pull this trick with 2 or 3 releases, but in the case of A Very Polish Cut Out the quality increases with each release.
Never would have thought that I would include old polish folk tracks in several show.

The fact that one of it’s contributors Ptaki was one of the break trough artists of 2014 makes this a label to keep an eye on in 2015. 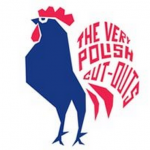 Tracks featured in the show: Aya RL, Eddie C, Maciek Sienkiewicz, Ptaki, …
First & third track in this show are from A Very Polish Cut Out.

If you search for specifique background info on the Golf Channel Recordings website there’s not that much to be found, but then again if you have artists like Eric Duncan, Mark E, Justin Vandervolgen and Mind Fair who contribute on a regular base, you can count on a solid reputation and fan base.
From more adventurous & experimental releases like New York Endless to offshoots like the Mangiami edits, this is definitely a label that will still be relevant in the next few years. 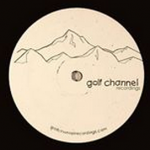 Tracks played on the show: Mark E, Velvet Season & The Heartbeats, Mind Fair, Waldemar Schwartz, …
Check out 3 tracks from this label in this show.

Didn’t play that much releases from the label in the show but I wanted it in this list because of the concept and idea. The record store in Munich gets pretty much attention via their mindblowing mixes on soundcloud. Expect many different genres from jazz to obscure disco.
Upcoming releases in the pipeline for 2015 by Tiago & Tambien and Bell Towers. 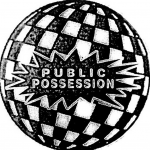 Check out the second track in this show from Bell Towers.

This Munich based label from Tom Bioly and Benjamin Fröhlich is the longest running label here with the highest number of releases. The fact that they have the talent to discover new artists just before their break through gives it an extra score.
Think of Lauer, Mano Le Tough, Pional, Woolfy, John Talbot to Lake People.
If you don’t know the label yet, the compilations ‘Selected Label Works’ are highly recommendable. 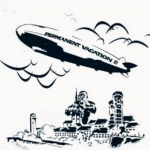 Tracks played in the show: Sergej Auto, Kettel, New Jackson & Permanent Vacation.
Check out a New Jackson track in this show or listen to all episodes right here.

Responsable for releasing on of the best dance albums of the year (Young Marco’s ‘Biology’ ) and most anticipated ep (Tornado Wallace ‘Circadia’), the ESP institute label of Lovefingers had to be in this list.
Mostly vinyl only releases here which makes it sometimes a hard to find label.
Take notice of Blasé (Suzanne Kraft & Secret Circuit) who came with a teaser earlier this year (Sunset Dawn) in preparation for their forthcoming album in 2015. 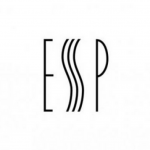 Tracks played in the show: Tambien, Blasé, Tornado Wallace, Young Marco.
Check out 2 tracks from the label in this show.

Didn’t make a favourite top 10 album list this year, but this homelistening chart page will give already a good view in what I liked during the past year.